The Suitcase is the result of work of four partners in the two-year project strategic partnership project called Safe Haven – Trbovlje Youth Center from Slovenia, Global Link from Great Britain, Stowarzyszenie Rozwoju and Mlodziezy Integration from Poland and Toplum Gonululieri Vakfi from Turkey.

Since the break-out of the refugee crisis in 2015, the media often report about migrant issues, which often results in spreading intolerance, radicalization, the rampage of hate speech, and the division of people into groups FOR or AGAINST. It is especially worrying that many negative reactions come from young people. In the flood of negative publicity and uprising policy of fear, we often forget that successful integration is not only the responsibility of immigrants, but the society itself needs to be adapted in all segments. Partners in the project realized that organizations do not have a quality tool for working with young people to address the problem of rising intolerance towards migrations. In the Youth Center Trbovlje, we believe that young people are the drivers of development in the region, which led us and our project partners through the process of creating the Suitcase game. Its target group is young people from the age of 15, which learn about migrations in a non-formal way through their own experience.

More than 120 young people and youth workers from several European countries were involved in the development of the game. On the basis of numerous evaluations of the participants as well as the facilitators, the Suitcase got its final form, which gives young people a new perspective on the issue of migration. It is intended for use in youth centers, youth organizations and societies dealing with young people, primary and secondary schools, and with some minor adjustments it can also be suitable for younger participants. In the first part of the game young people learn about the very concept of migration, furthermore they explore the various causes of migration around the world, and finally they are placed in a situation, where they have to pack their belongings as a family and forever leave their home. The game is led by a facilitator who encourages young people to think critically and express their opinion through conversation. At the very end the reflection questions lead them to thinking what each individual can do to better understand the migration. 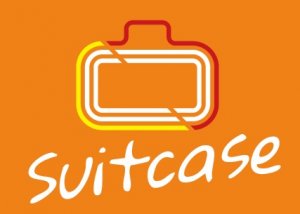